Internet of Things City Demonstrator: A vision for a smarter Sheffield City Region 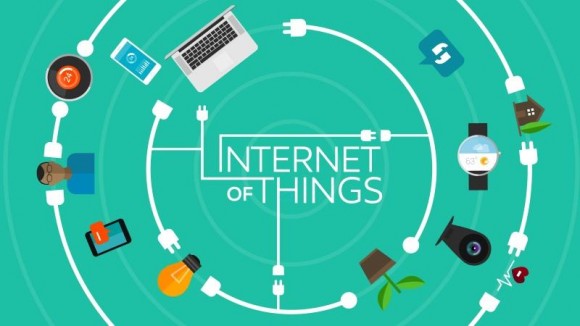 A new call has came from The Department for Culture, Media and Sport (DCMS) via Innovate UK for a single collaboration to demonstrate the use of the Internet of Things (IoT) across a city region totalling up to £10 Million. From the Innovate UK site:

The aim of this demonstrator is to show how the large-scale deployment of
IoT – where everyday objects are connected to a network in order to share their data – can benefit citizens by offering environmental improvements, economic opportunities, and more efficient and effective delivery of services such as transport, healthcare and energy.

Anyone who knows me or has dealt with my company Linktagger will no doubt know my vision for the region (maybe the world), to create a giant tech city consisting of an open multi-layer sensor network that connects all spaces and things. I firmly believe that if this network exists then it will drive innovation as new and existing app developers, businesses, government and makers can create new services without the worry/need of implementing the network required, it will in a nutshell enable the futuristic types of tech we see only in the movies.

As a small example, Linktagger are rolling out an iBeacon network across Sheffield’s parks using our Linktagger Beacons to deliver a project called The Hunt in association with Activity Sheffield & Move More, The Hunt lets parents and kids take part in a digital treasure hunt, complete with real-time radar. Imagine running around a park with your smart phone going “Beep Beep Beep” and a message saying you’re getting hotter while looking at your radar screen (pretty cool)! But it doesn’t stop there, this network could be used by anyone that wishes to use proximity sensors across the parks. Way finding, treasure hunts, team games, mapping and 3rd party integration with existing app providers bringing huge economic potential for the region.

We’re currently working with the NHS looking at making patient interaction smarter, hopefully saving countless people from stresses that needn’t be there and making their lives better along the way, as well as assisting our NHS workers deliver better care. The bigger vision for this is to give all of our public servants access to information where and when they need it to make life better for everyone. So again, one network enabling a multitude of different services to an endless number of end users.

Linktagger’s part is just a small piece of the puzzle, the ideal network would be a network of sensor hubs allowing for additions as technology evolves, but from day one we can certainly include proximity, temperature, movement/visual etc. This will allow the identification of end customers to utilise the service for the period of the project and beyond, such as smarter transport services (think real-time personalised time saving sat-nav and ticketless travel), smarter health services as detailed above, smarter tourism, retail, events, activities and public services delivery.

The IoT City Demonstrator calls for a major collaborative effort between local authority and local businesses. A point made in the brief is that it needs to include an incubator, or group of incubators to allow participation from the smaller side of SME. This indicates that multiple businesses should be involved.

Linktagger is currently involved in a number of smart city and smart health initiatives in collaboration with some of the above, so we hope to at least take part in some way with the IoT demonstrator.

So if you are part of any of the above, or have some ideas and want to get involved please get in touch! liam at linktagger.com @liamwinder @linktagger

TLDR; £10 million call for local authority to realise an Internet of Things city demonstrator. I have a vision, a few connections and some experience. Please get in touch if interested!

Sorry we can’t do that

The price we pay for existence

Humans, unlike other inhabitants...

What if we reused grocery RFID to increase recycling

Sorry we can’t do that

Many businesses today are...

As bootstrapping entrepreneurs we...