Vitalife came to me with an interesting problem. They had an agreed budget from investors to branch out from their successful eCommerce business to bricks & mortar stores. They already had two stores and so knew the costs associated with rolling out a new physical store, and more importantly the risks. The other challenge was the competitive landscape. The main competitor was a very well established retail chain which had sourced the very best retail locations, and so defined the market in the mid to upper-middle-class demographic which aligned well with Vitalife’s own eCommerce analytics data.

I developed a series of smart posters to be placed in traditional media locations targeting the identified demographics in pause points such as railway stations, coffee houses and within close proximity to the main competitor in areas identified for brick and mortar store roll-out.

The smart posters consisted of virtual store shelves inviting the user to ‘tap or scan’ to shop. The user would scan a QR Code or tap a product with their smartphone, the phone’s browser would open and add the chosen product to their basket on the Vitalife store.

The impact of this was threefold. Firstly we were able to measure ROI in real-time against the cost of the placed ads. We were able to identify the physical locations which faired better in terms of purchase value, and thirdly Vitalife were able to build a new remarketing audience for their eCommerce store. 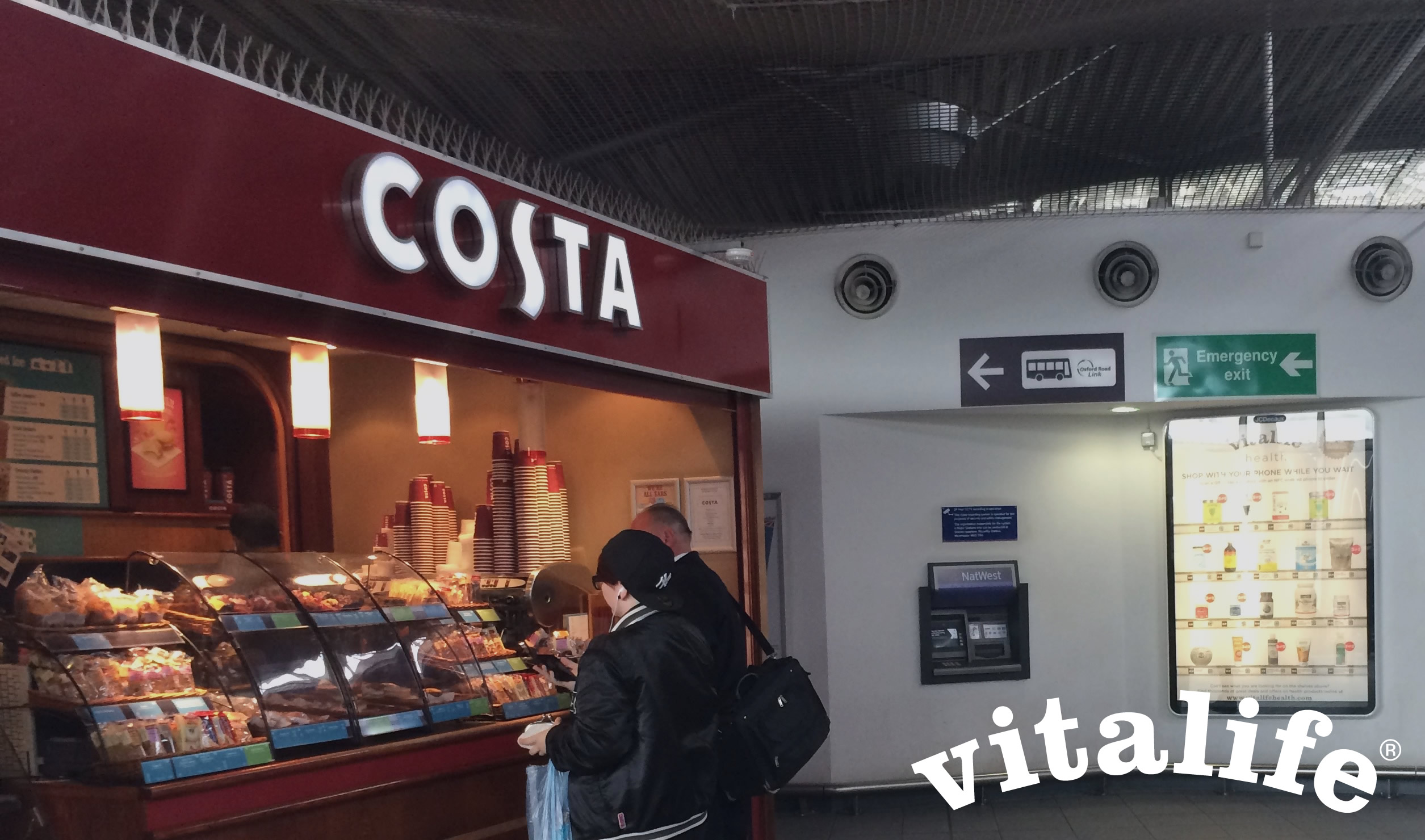 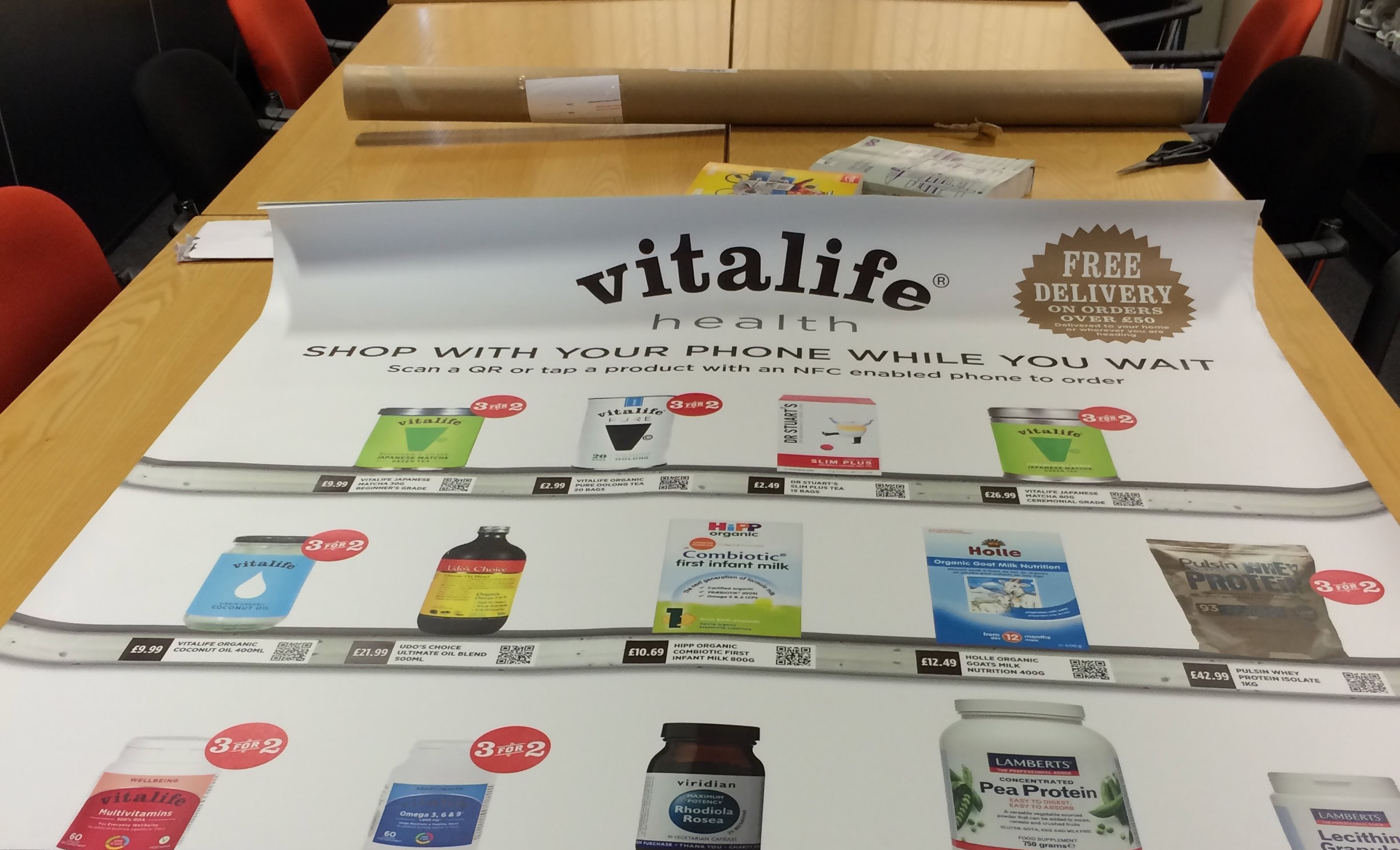 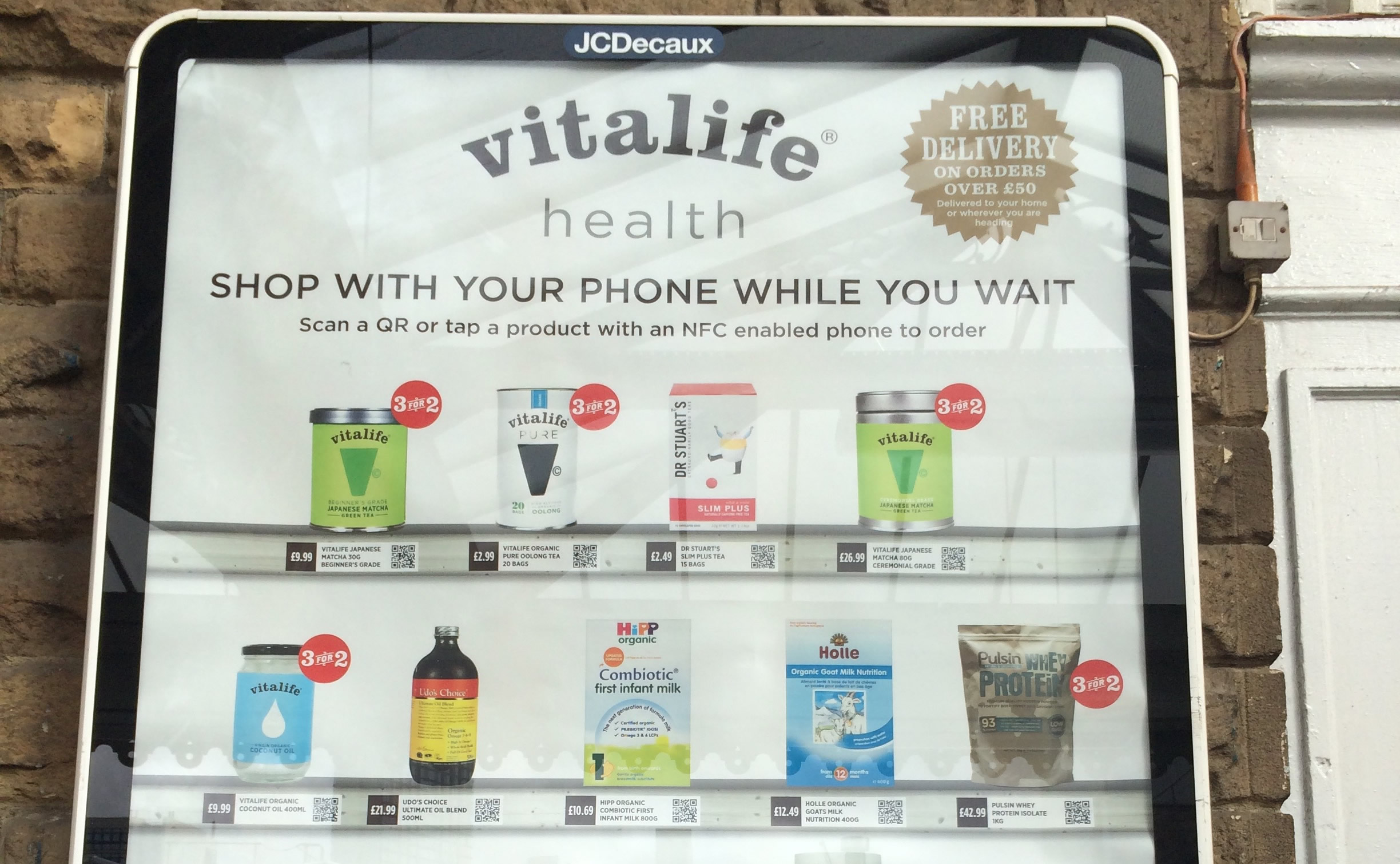